A virtual presentation session of the competition will take place on 20 October at 2:30pm via Webex. Write to generationeuro@bcl.lu to participate!

What is the Generation Euro Students’ Awards?

The "Generation €uro" competition is open to secondary school students aged 16 to 19 interested in economics.

It aims at developing the students' understanding of monetary policy and of the role of central banks.

The competition is played in teams of three to five students supervised by a "coach" teacher. Any team can participate in English or French. 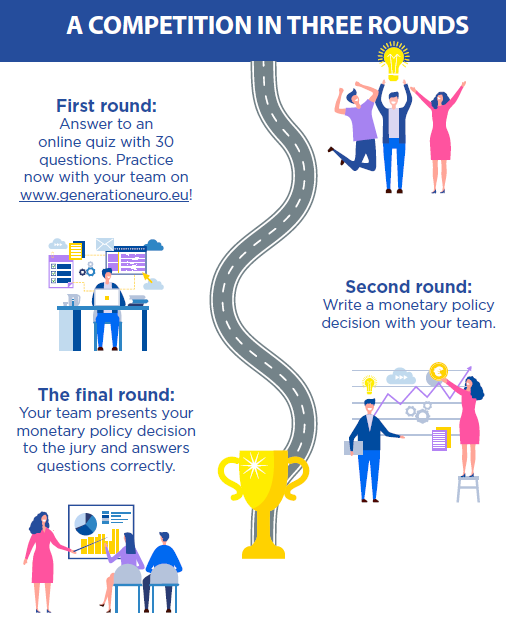 Once registered, teams will be able to take part in the first event, an online quiz with 30 questions that will be available until 20 November 2022 on the competition site.

The best teams at the end of this event will qualify for the second event, in which the teams will have until 1 February 2023 to propose in writing a monetary policy decision on the basis of an analysis of the economic and of the monetary and financial situation in the euro area.

The top three teams from this second round will be called for the final in April 2023 (exact date to be confirmed), where they will have to explain to a jury of BCL experts the reasons for their new monetary policy decision. 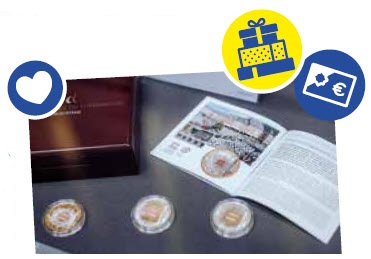 The members of the winning team will be invited to the official award ceremony organised by the European Central Bank.

Members of the three finalist teams will have the opportunity to complete a paid internship at the BCL.

Each finalist will receive a BCL collector’s coin, a voucher and small presents.